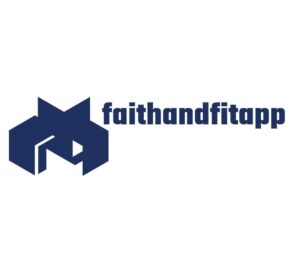 Police in Madhya Pradesh, a central state in India, have registered a case against executive directors of Amazon India in connection with alleged use of the e-commerce marketplace for smuggling of marijuana in the South Asian market, they said Saturday evening.

The police didn’t disclose how many senior executives they had charged, but said it found contradictions in the response submitted by Amazon India in an ongoing investigation. Unnamed Amazon India executives have been booked under the nation’s narcotics law, the state police said in a statement.

The police in Madhya Pradesh arrested two men with 20 kg (44 pounds) of marijuana last week and said the men were using Amazon India website to smuggle the substance.

Amazon said last week and today that it was cooperating with the authority in the investigation. Narottam Mishra, the home minister of the Indian state, on Friday expressed concerns about the alleged misuse of Amazon’s marketplace in India and said Amazon was not cooperating in the probe.

“Amazon was called but they’re not cooperating. We will bring them. I appeal to Amazon’s MD-CEO to cooperate or else we’ll initiate action,” said Mishra.

An Amazon India spokesperson told TechCrunch that the company has a “high bar on compliance and contractually our sellers are required to comply with all applicable laws for selling their products on amazon.in. We do not allow the listing and sale of products which are prohibited under law to be sold in India.”

“However, in case sellers list such products, as an intermediary, we take strict action as may be required under the law, when the same is highlighted to us. The issue was notified to us and we are currently investigating it. We assure full co-operation and support required to Investigating Authorities and Law Enforcement agencies with ongoing investigations and ensure full compliance to applicable laws,” the statement added.

India is a key overseas market for Amazon. The American e-commerce giant has invested over $6.5 billion in its operations in India.

The company is currently the subject of an antitrust probe in the country and also in the middle of a highly debated multi-billion dollars deal involving Future Retail and Reliance Retail, two of India’s largest retail chains.

The series of troubles doesn’t end there for the world’s largest e-commerce giant. In September, a whistleblower at the company’s India unit alleged that its legal representatives had bribed government officials. Amazon said it was conducting an investigation into the allegation.

Earlier this year, Amazon issued a rare apology to users in India over complaints that a few scenes in a Prime Video nine-part mini series hurt religious sentiments of some people.

Advantages of Single Board Computers