Welcome back to This Week in Apps, the weekly TechCrunch series that recaps the latest in mobile OS news, mobile applications and the overall app economy.

The app industry continues to grow, with a record 218 billion downloads and $143 billion in global consumer spending in 2020. Consumers last year also spent 3.5 trillion minutes using apps on Android devices alone. And in the U.S., app usage surged ahead of the time spent watching live TV. Currently, the average American watches 3.7 hours of live TV per day, but now spends four hours per day on their mobile devices.

Apps aren’t just a way to pass idle hours — they’re also a big business. In 2019, mobile-first companies had a combined $544 billion valuation, 6.5x higher than those without a mobile focus. In 2020, investors poured $73 billion in capital into mobile companies — a figure that’s up 27% year-over-year.

This Week in Apps offers a way to keep up with this fast-moving industry in one place with the latest from the world of apps, including news, updates, startup fundings, mergers and acquisitions, and suggestions about new apps and games to try, too.

Do you want This Week in Apps in your inbox every Saturday? Sign up here: techcrunch.com/newsletters

A story on Forbes this week alleged Apple was being sneaky by purchasing Google ads for high-profile subscription apps on the App Store in order to direct web searchers away from the developers’ websites, where users could purchase commission-free subscriptions, which would reduce Apple’s cut of App Store revenue. Some companies accused Apple of placing the ads without their consent and said Google wouldn’t allow them to be deleted.

Apple, which doesn’t typically respond to reports of this nature, this time came out swinging against these complaints.

The company said it does not buy these ads in secret, but rather has been placing ads for over five years and communicates with developers about those ads. In addition, Apple said there’s nothing nefarious about its doing so. The company explained that retailers generally do buy ads for products they sell. That is, when you search for something like a winter jacket on Google, you’ll find ads from a variety of retailers selling the coat, in addition to (or instead of) ads placed by the jacket’s manufacturer. This is how online retail works, and Apple doesn’t think its ads are any different. Apple said it currently runs ads to promote more than 100 top third-party apps across ad platforms on Google, YouTube, TikTok, Snapchat and Twitter.

The report may have mischaracterized the situation, but it’s an incredible example of how bad the relationship has become between Apple and its developer community. In previous years, developers would have welcomed free advertising that drove new customers to their apps — now even that is considered a threat by some. Apple, however, contended the situation represented by the Forbes piece is not how most developers feel.

After years of ignoring consumer demand for in-app lyrics, particularly in the U.S., Spotify announced this week it will make a new Lyrics feature available to all global users, both Free and Premium, across platforms. The feature is powered by lyrics provider Musixmatch, and expands on a prior deal Spotify had with the company to offer lyrics to users in India, Latin America and Southeast Asia.

Last year, Spotify introduced real-time lyrics that sync to the music to users in 26 worldwide markets, after initially testing the feature in 2019. This was the first time 22 of the 26 markets had ever gained any form of lyrics support, the company said at the time. That deal later expanded to 28 markets. Spotify users in Japan have also had access to lyrics through a standalone deal with SyncPower.

But users in other markets have only had access to “Behind the Lyrics,” a feature launched in 2016 in partnership with Genius which offered lyrics interspersed with trivia about the song, its meaning and the artist, as well as other commentary. Meanwhile, through Spotify’s community feedback forum, thousands of users over the years expressed to the company they would prefer a feature that provided real-time lyrics, instead of lyrics that are interrupted with facts and other background information. Finally, Spotify will sunset Behind the Lyrics and introduce just plain ol’ lyrics, it says.

The feature began rolling out this week to global users and will be available on mobile, desktop and TV. (More here on TechCrunch.) Instagram’s standalone messaging app Threads is shutting down. The app will no longer be supported by the end of December 2021, TechCrunch confirmed with the company after reports of its impending closure began circulating via social media. Instagram is planning to alert its existing Threads users with an in-app notice beginning on November 23, which will direct them to return to Instagram to message their friends going forward.

Threads was introduced in 2019 as a companion app to Instagram shortly after the company shut down its other standalone messaging app, Direct. Instead of focusing solely on the inbox experience, Threads was built as a “camera-first” mobile messager designed to be used for posting status updates and staying in touch with those you designated as your “Close Friends” on Instagram. It later expanded to all users to message everyone, but failed to gain traction.

To date, Threads has seen approximately 13.7 million global installs from across the App Store and Google Play, according to estimates from app intelligence firm Sensor Tower. However, users didn’t respond well to the app once installed in many cases. The app sports a 3.1-star rating on the App Store where reviews complain about bugs, usability issues, the layout and missing features.

Instagram says shutting the app makes sense as it won’t have to split its focus between two messaging services and Threads’ features are now being delivered by Instagram’s main app. 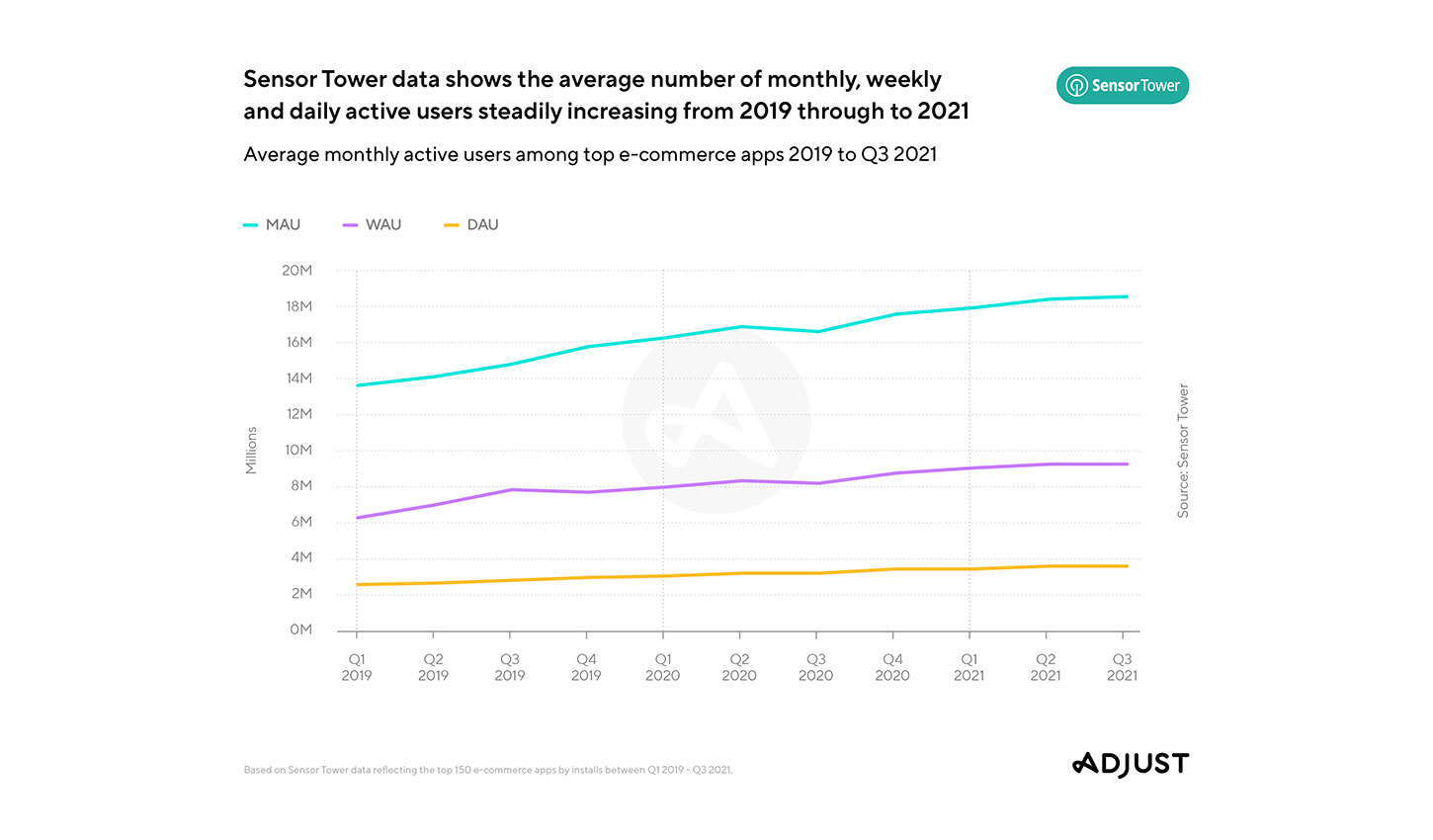 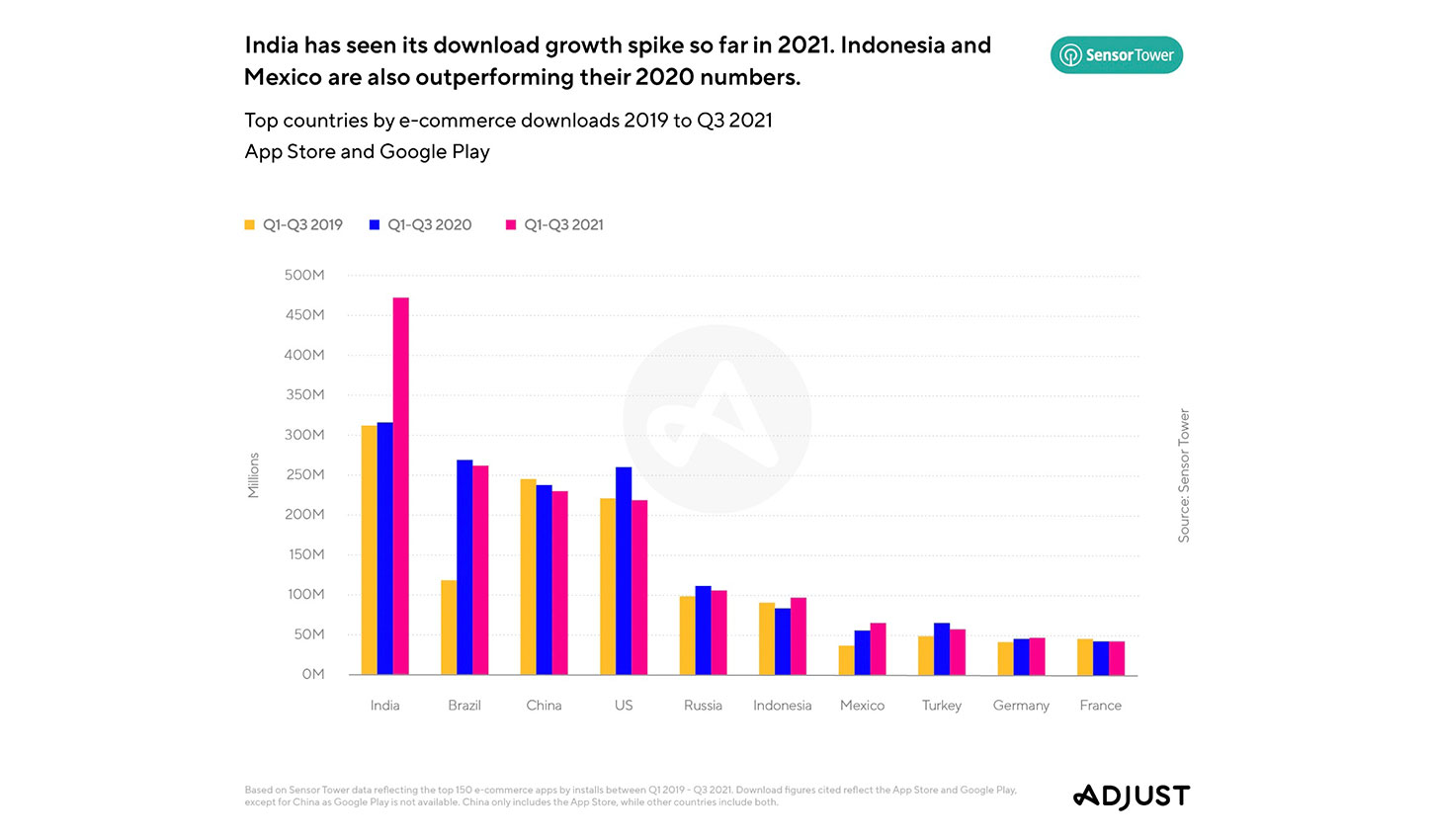 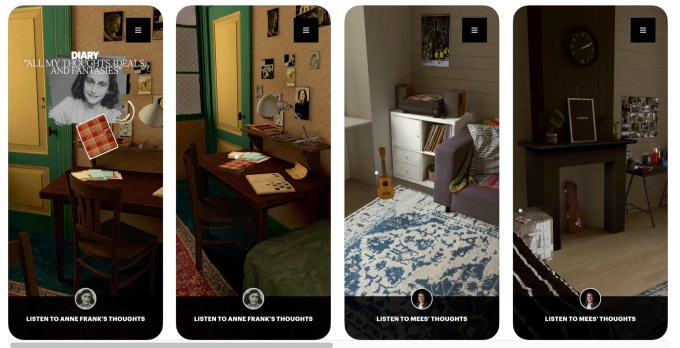 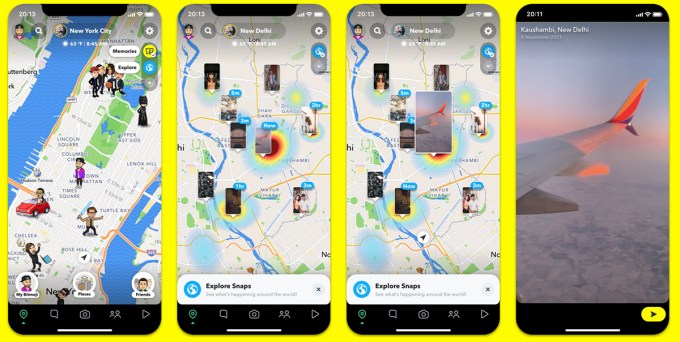 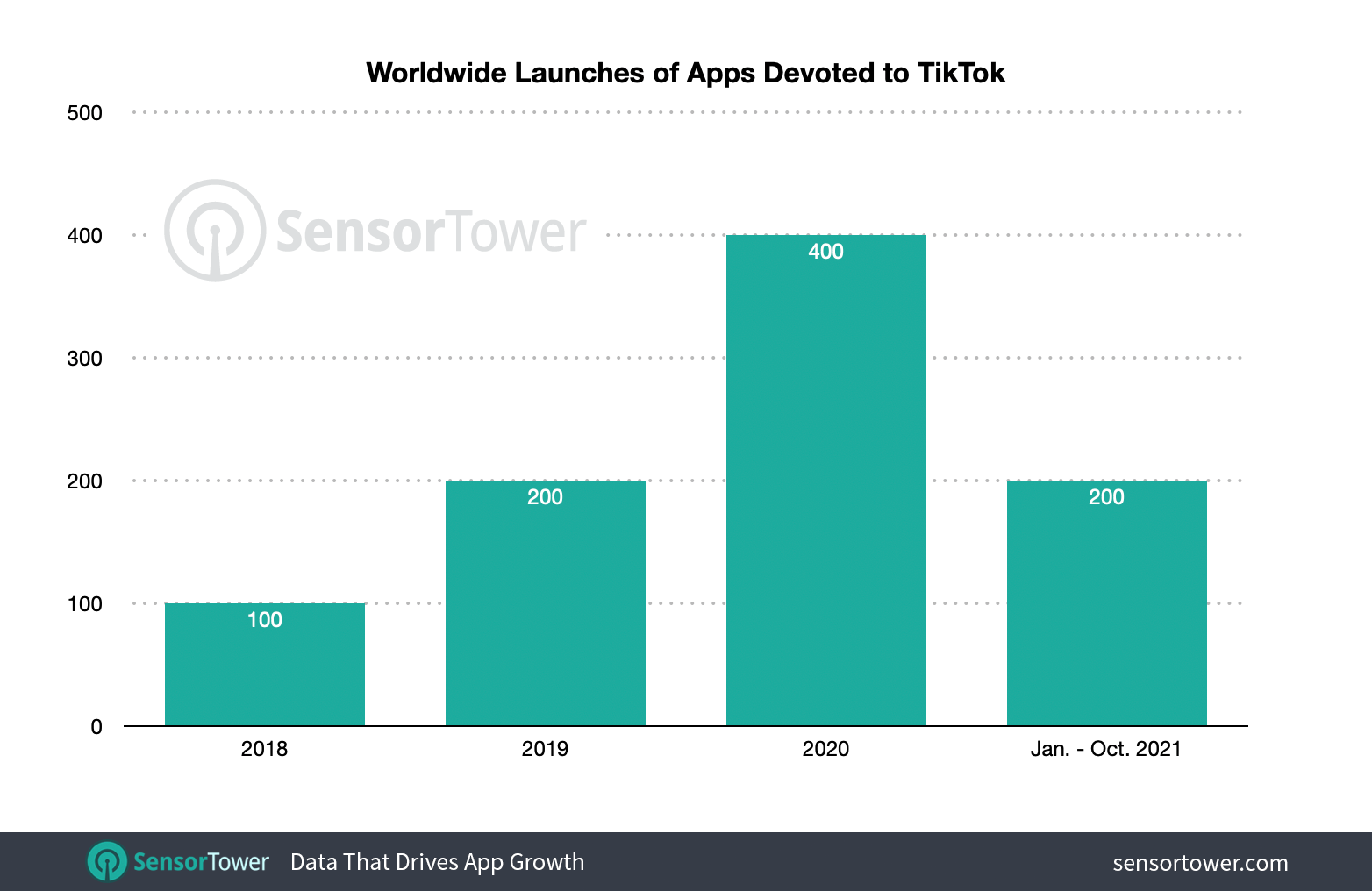 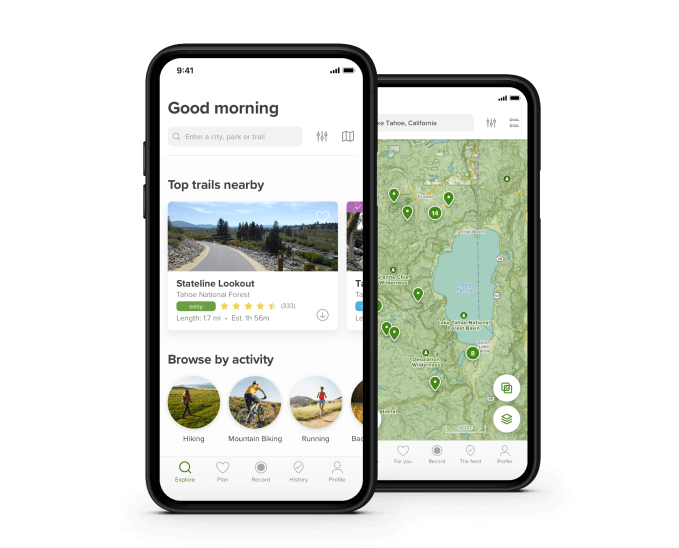 💰 AllTrails, the app for hikers and outdoor enthusiasts, raised $150 million from Permira to expand its app internationally and further develop its product. The company benefitted from a COVID-driven boost in reconnecting with nature and now has more than 40 million installs and more than 1 million paid subscribers.

🤝 Medium acquired audio-learning app Knowable to bring audio capabilities to its readers, members and creators. Knowable over the past two years created a library of audio lessons from experts. Its founders will stay on at Medium to lead the company’s audio plans. Deal terms were not disclosed.

🤝 Twitter acquired the app Threader, which helped people compile their favorite Twitter threads and share them with others. Users would reply to a thread on Twitter by tagging Threader’s profile and then writing the word “compile.” The bot would then create a link that presents the thread in an easier-to-read format. The company says subscribers on iOS will have to request their refunds from Apple, as it’s not able to manage its own subscriptions.

💰 Fintech app UNest raised $26 million in Series B funding led by The Artemis Fund. The app provides financial planning tools for parents saving on behalf of their children and counts 400,000 users.

💰 Gift-giving app Goody raised $15 million in what it’s calling “step-up” funding (not a full Series B) from SoftBank’s Latin America fund. The Miami-based company has raised $32 million to date from NEA, Index and others to offer a selection of curated gifts for both corporate gift-giving and consumers.

💰 Runway, a software platform that describes itself as “air traffic control” for mobile app releases, raised $2 million in seed funding led by Bedrock Capital, and launched out of beta. The system integrates with a company’s existing tools, like GitHub, JIRA, Trello, Bitrise, CircleCI and others, to automatically update teams as to what’s been done and what action items still remain, and helps everyone stay on the same page across teams.

💰 Social impact app Wishly raised $800,000 in seed funding for its platform that helps people band together to enact positive change in the world through nonprofit donations. The app allows users to follow and message each other, learn about different charities and more. Nonprofits can also use the app to harness microdonations and spread awareness.

💰 Mark Cuban-backed creator platform Fireside is closing a “seed+” round of close to $10 million, TechCrunch sources said. The round includes investors such as The Chainsmokers, HBSE, Goodwater, Animal Capital and NFL stars Larry Fitzgerald and Kelvin Beachum and former NBA star Baron Davis.

Newly launched audio app Racket allows users to tell audio stories, similar, to some extent, with Facebook’s Soundbites or the friends-focused audio app Cappuccino. Racket’s app provides a TikTok-like vertical feed with audio snippets of 99 seconds or less. Each page features a cover image, tags, a like button (a heart) and a comments section, which will be familiar to the TikTok crowd. Users can also search by tags or just go to the main feed to hear a broader variety of clips. The company also announced $3 million in pre-seed funding from Greycroft, Foundation Capital and LightShed Ventures, as well as angel investors. 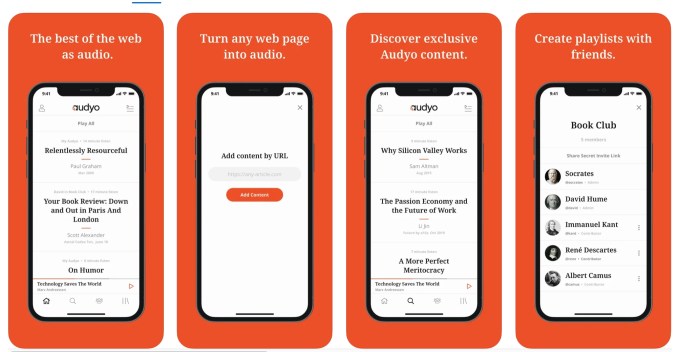 iOS audio app Audyo exited private beta this week to offer users a way to convert web pages into high-quality audio. The idea is to give users an easy tool for saving content from around the web, like news articles, and combine that with other audio content you may already be listening to — like Audible audiobooks and podcasts (neither of which is yet available, however). But the app isn’t only meant to serve as a utility — there’s a social component as well. Users will be able to share their listens with friends, discover community playlists and, highlight favorite content (including by double tapping the screen or triple-tapping your AirPods). 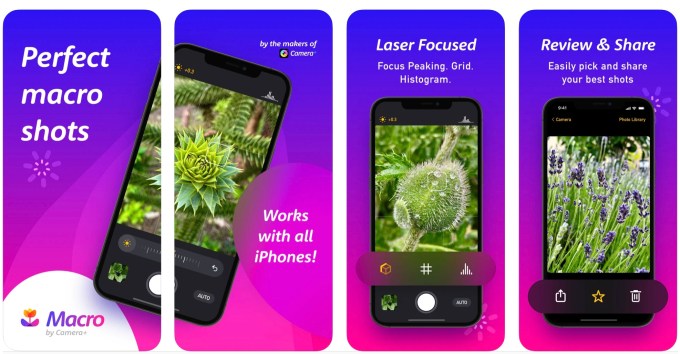 A new app from the makers of Camera+, Macro+, is designed to capitalize consumer interest in up-close photos following the new iPhone’s support for Macro photography. However, this app is designed to work on any iPhone capable of running iOS 15, the developer says — which means it’s not just for those with the latest hardware. Instead, the app helps by outlining the parts of the photo that are in focus, providing a grid for positioning the subject, and it offers a histogram to visualize the brightness of your shot. After snapping the photo, Macro+ will intelligently edit the photos to make subjects look crisp, even if you’re not a skilled photographer. The Camera+ app includes a similar Macro tool, but the new app is meant for those who want more of a single-purpose tool for their up-close photos or who feel overwhelmed by more professional camera apps and their many options.